Divorce Breaks Down, Shattering Family – Why do Relationships Break?

Vinod had just returned home from the office, he saw that his wife and mother were arguing over something between themselves. As soon as Vinod reached the living room, both of them started to keep their points. Vinod said in annoyance-Every time, that whenever I come home, I see both of you fighting. She thinking about taking divorce just because of his nature.

Please settle it yourself, first I do work in the office, and then come here to listen to both of you and create a settlement. If this goes on I will take a divorce. Hearing this, both of them calmed down and got involved in their work. Vinod was a software engineer in a big MNC.

Vinod married the girl of his choice, but there was a vast difference between his family and Abha’s thinking. Vinod’s mother did not like Abha at all but he did not say anything for the sake of a son’s happiness. Abha and her mother-in-law never agreed on one thing. The reason for this was that Abha was a very modern girl. 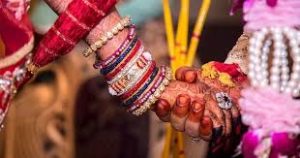 As to say, Abha was married in a very big house, Luxury bungalow, big cars, 8-10 servants, no work had to be done, but what is the use of such a luxurious house which had a new issue every day. Everything was good for some time, but later nobody talked to each other.

Vinod also comes from the office tired and used to sleep after having food. When Abha tried to talk to Vinod, Vinod would ignore her. By staying at home all day, Abha was starting to think of herself as being negated.

Her nature was becoming irritable. She wanted to do the job again so that she could bring positive thinking in herself and be happy, But her in-laws said that Vinod is earning so much, you have no need to do a job. 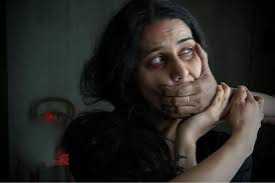 As soon as it came to the job, she and mother-in-law used to get intertwined. Abha’s family was against this marriage, but she did not listen to anyone. Abha was in such a state that she could neither go to her maternal home nor say anything to anyone.

Vinod too was disturbed by the daily issues. He did not talk to anyone. Often came home late and drunk. If Abha spoke anything, he abused her and sometimes even slapped her. Vinod’s mother felt bad for his son but she never tried to understand Abha, even a little. What does she want, what is she aspiring for?

She felt that Abha is responsible for Vinod’s Condition. She used to get angry upon Abha, abused her, and sometimes even slapped her. 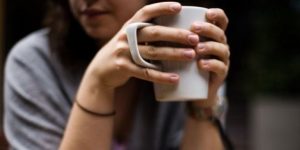 Abha felt bad about her mother-in-law, but more than that she felt bad that the boy she left her house for, even left her job, that person is not even trying to understand her things, he is not trying to see what situation Abha is am going through.

Abha was completely broken. She wanted to get away from all these things, she felt that marrying Vinod was the biggest mistake she made in her life. It would have been better if I had married to a boy of my family’s will, at least I could have talked to my family members about my situation.

Abha had now thought that she would divorce now and start her new life afresh. Abha searches the internet to file Divorce. She then booked an appointment for the Phone Consultation on Aapka Advocate.

The Advocate listened to their entire problem and then told her the correct way to Divorce. After which Abha got good compensation with Divorce and got rid of that hell. Today Abha is working in an MNC and she is very happy in her new life.